A downloadable game for Windows and Android

Note 1 : This game is still in development. Maybe in-delay or hiatus as well.

Note 2 : This is a fiction work, so this is not based on real-life stories. And take note that this game is psychological-horror game, so anyone with unstable emotion or Borderline Personality Disorder (BPD) is advisable to not playing this game.

It's about Chase, a wolf, with his best friend Grey, that he didn't know that Grey loves him, finding and solve the mysteries of a student dead in a burned high school 6 years ago. The school burned and a student died on April 13th (Friday), 2125 and Chase was 18 (actual 15) at that time. The school only found him lying in rooftop, unconscious, and no dead body to be found until today ... But actually, the real story is not always nice and happy ...

Update is uncertain as this is a hobby project. Both the artist and I are students, so we only can develop this when both of us have the free time.

Version 1.3 - Recreate the storylines and add more contents to the game (Done and released !)

Version 1.4 - The last version with content based (or inspired) on other games and NSFW content in it (Release soon)

Version 1.5 - Re-create the whole story again, removing NSFW element and element that based (or inspired) on other games (*ahem* cougar and coyote/badger/fox, wolf and otter game)

No sprites/artwork for the characters?

Not yet done by artist.

Give him some space and time.

He's been in work and some problems so I wouldn't push or force or rush him to do it.

I hope that's a satisfactory answer.

Thanks for the question.

Good to know, I'll be waiting to see what happens in the future with this VN. 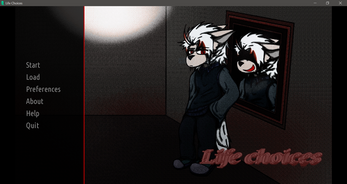 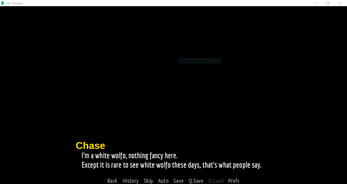 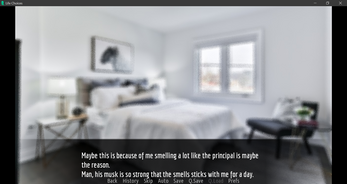 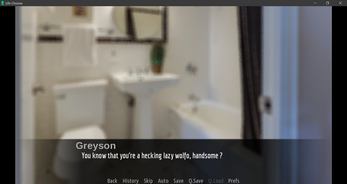 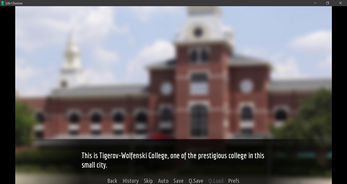 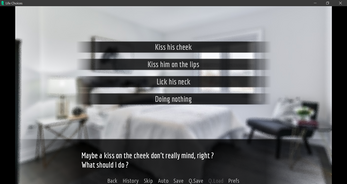